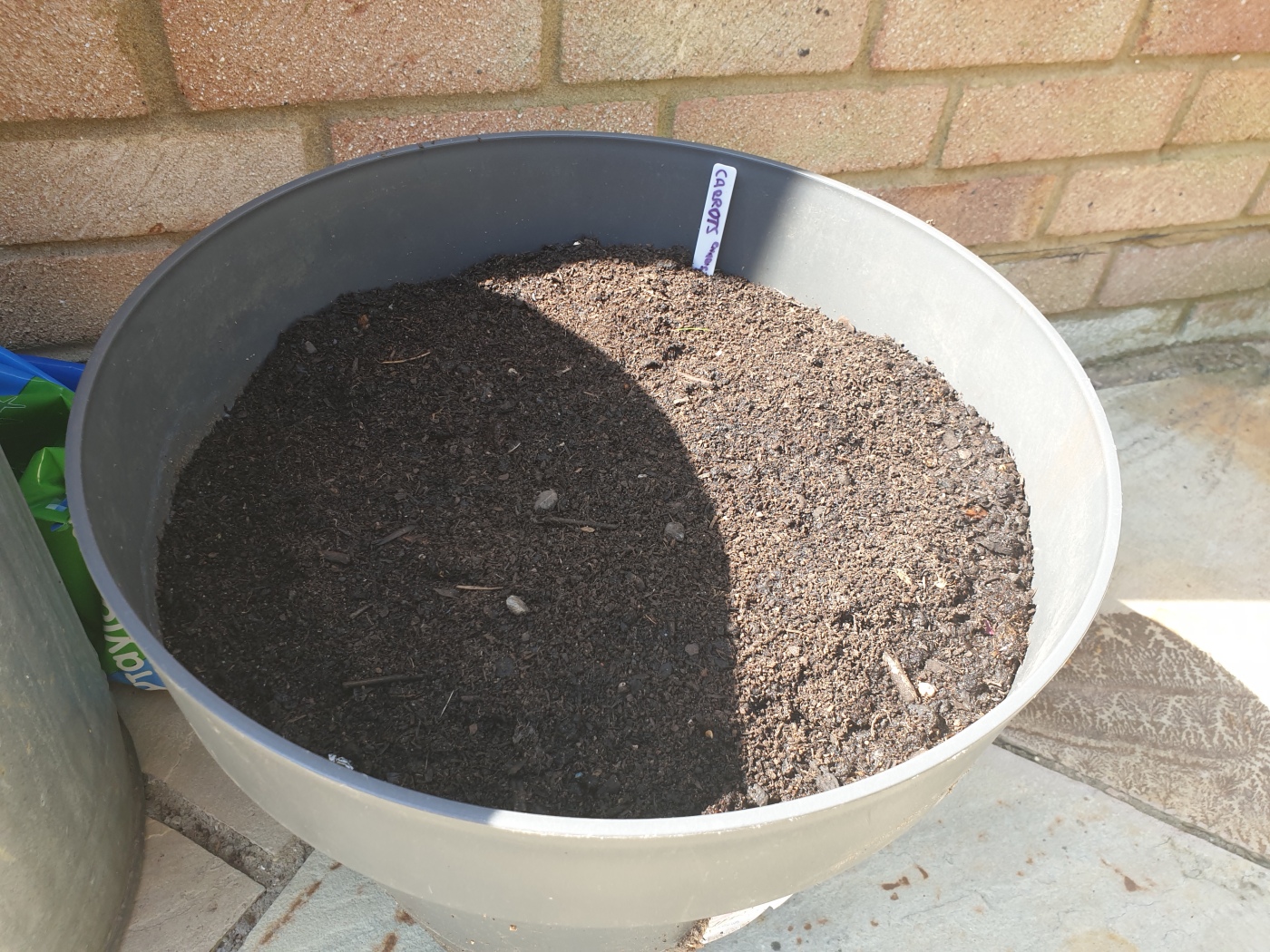 There’s not too much I’m overly confident in growing, but Charisma Carrots are something I grew last year, and they are sown, grown and harvested in the same single tub – so in many ways there’s only a handful of mistakes I could possibly make!

Last year, I was fortunate enough to pinch the soil/compost mixture from Emily’s house, which definitely looks and feels nicer, and better than what I’ve been able to get hold of this time around…

I found the biggest container I could (without being allowed to leave the house at the time, it had to be something in the garden, somewhere!) I filled it pretty much all the way to the top with the multi-purpose compost (‘multi-purpose’ is a kind way of saying it could easily be used as bark chippings in a play area…), and then gave it a healthy amount of water, from a watering can.

I then started the sowing.

Last year I was growing for show – which didn’t go too badly! Even though this year I’m just looking to grow them to eat them, I opted to grow them in the same way, because that worked well before. Not to mention it’s the only way I know…

The seeds were sown in clusters of 3, in a triangle-like formation. with each cluster kept a couple of inches from the next. The intention is that in due course, the weakest carrots will be thinned out, but as I’m not intending to try and show them this year, there may not be as much thinning out.

After the seeds had been added, I then sieved over the container with fine compost until they were well covered. This is important for a number of reasons, but mainly to stop them from attracting (being eaten by) birds, and also so they don’t immediately fall out of place when you water them!

Another sprinkle of water from the can after than (fine rose can), and then they can be left outside to grow…

Not gonna lie, I tend to panic if i don’t see green stuff coming through the soil after a couple of days (which is why I’m a big fan of radish…), but I was pre-warned that it takes 2-3 weeks for the carrots to start showing. That doesn’t mean it feels normal when you’re watering a bucket of ’empty’ compost every day!!

Sure enough, about 20 days after sowing, the carrot tops arrived… 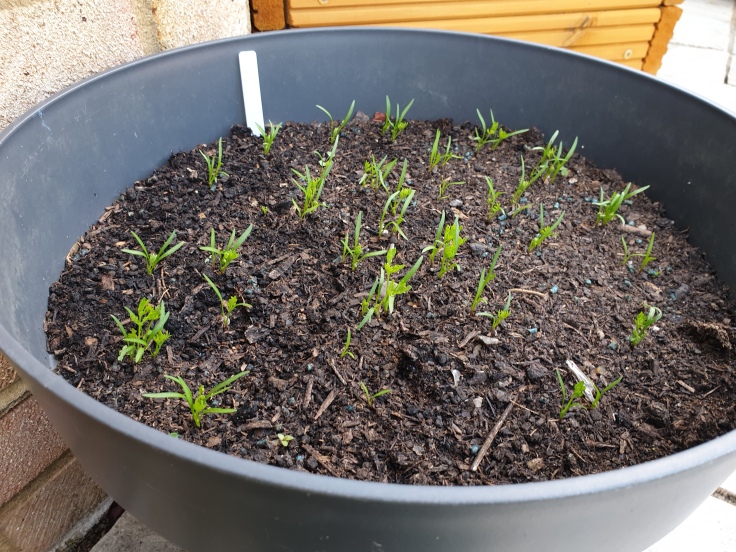 The above photo was of course taken a little while after they first appeared, but nevertheless this is a great nod towards multi-purpose compost, as it still seems to do the trick.

Not sow sure about my clusters of three though?! 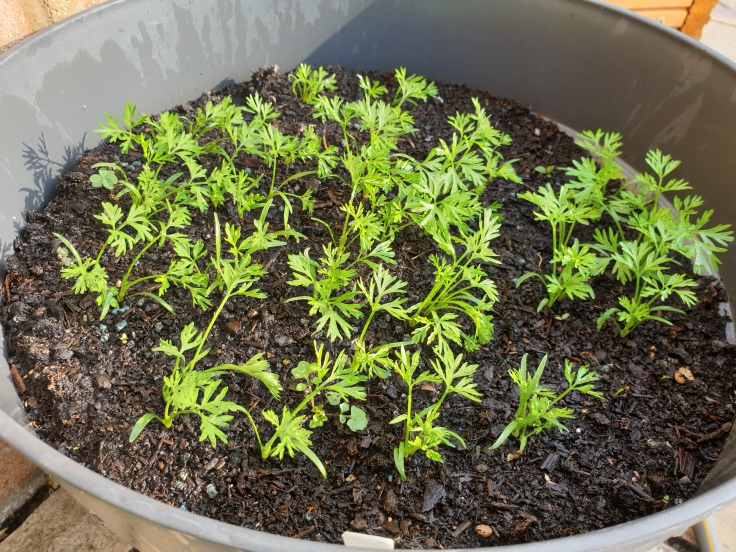