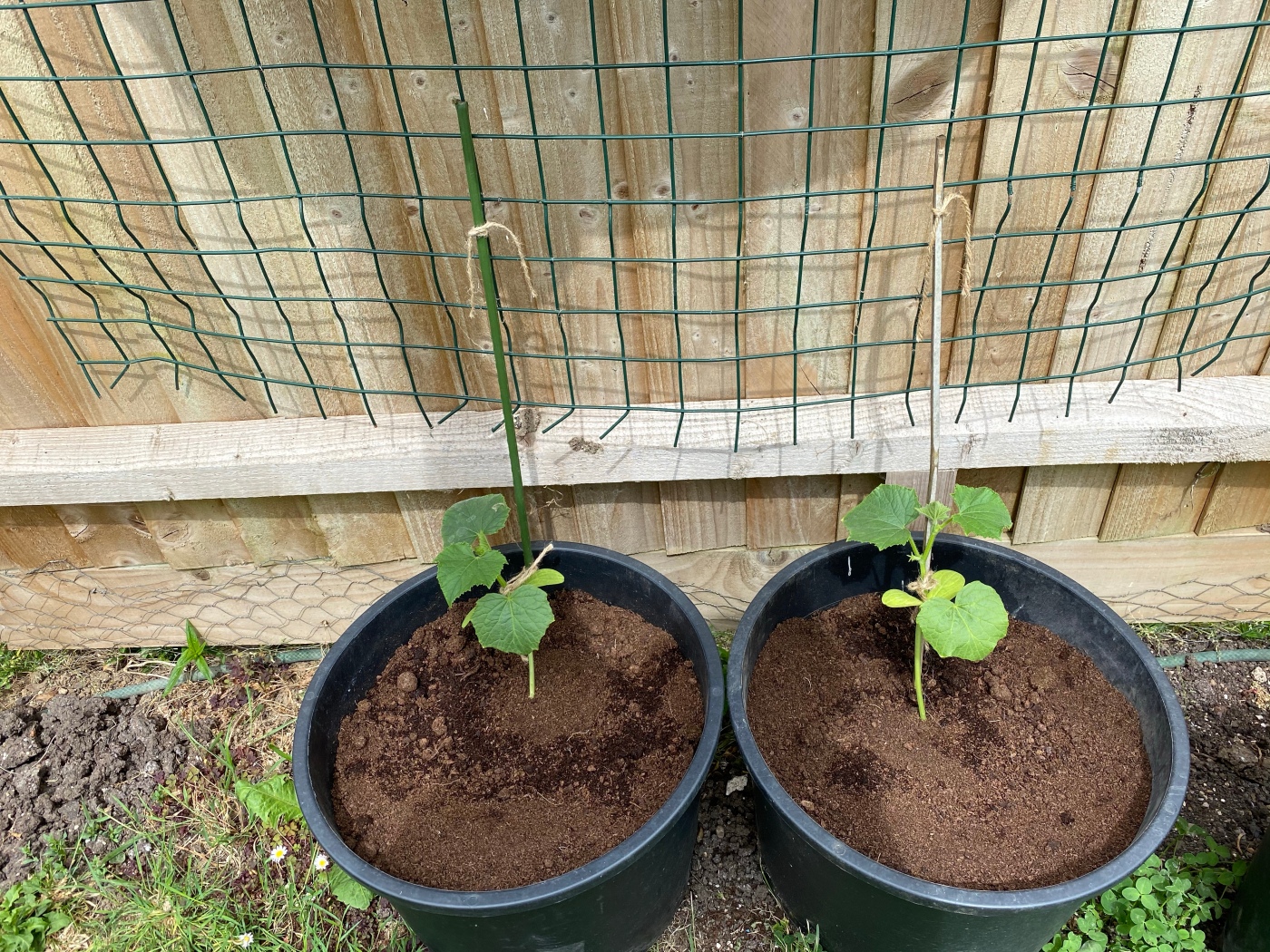 Cucumbers can be quite demanding vegetables to grow, well compared to others we grow anyway. They don’t like too much direct sunlight, too much water around their stem or too much wind when they’re young plants, but once they’ve got going, outdoor cucumbers seem to be virtually invincible! So we’d recommend sticking with it, as the results are worth it!

These two cucumbers are Marketmore, an outdoor cucumber variety. There’s not much difference between indoor and outdoor cucumbers (except for the obvious around where they grow best!) apart from that outdoor cucumbers generally tend to have a slightly thicker skin, which depending on the variety, has varying numbers of little prickles all over it.

We are going to try and grow these two vertically up this piece of wire that we have attached to the fence.

We’ve put a little cane in to support each one until it reaches the wire, after which they should grow up the wire with no problem. 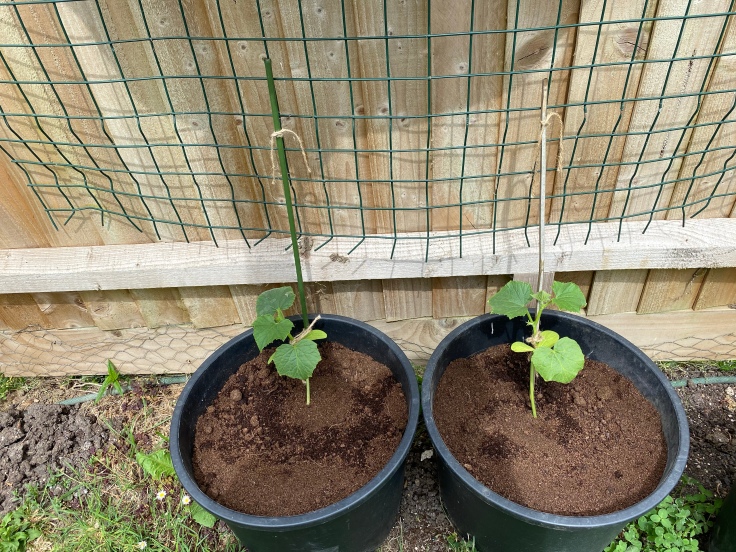 We’ll tie the cucumber up to the cane to support it, and then will do the same once it reaches the wire. Although the cucumbers will send out their own tendrils that will cling on to the cane/wire, we usually remove these and tie the plant ourselves. This means that the plant doesn’t waste energy/time/food/water on growing a tendril to help support itself when it could be growing another cucumber for us to eat! And as long as you help them with the support side by gently tying the cucumber plant every 4-6″ with some garden twine, they don’t seem to mind at all.

As mentioned above, you’ll notice that the compost around this cucumber plant isn’t very moist. Until the plant gets a bit stronger, we don’t want to give it too much water around its stem, as we find that our plants have a tendency to get stem rot, and then the plant’s a goner. Instead, when watering, we carefully water in a ring around the base on the plant (never over the leaves), but leaving the compost that’s touching the stem dry. 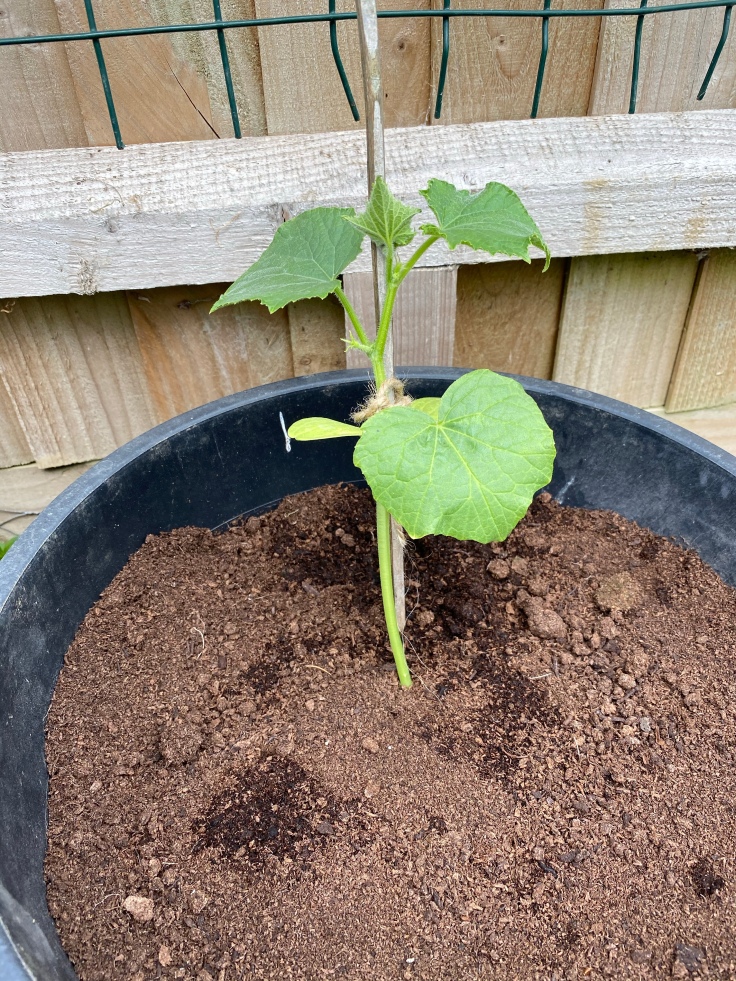 We’ve put these cucumbers in one of the sunniest parts of the garden, as they will not want to get too cold. However, the young plants also aren’t too keen on too much direct sunlight. They can also get their growing points scorched (speaking from bitter experience!) So we’ve placed some fleece over the top, tied to the wire frame, to protect the plants from the sunlight.

It doesn’t prevent their growth, as fleece still lets light through, but acts as shading from the direct sunlight.