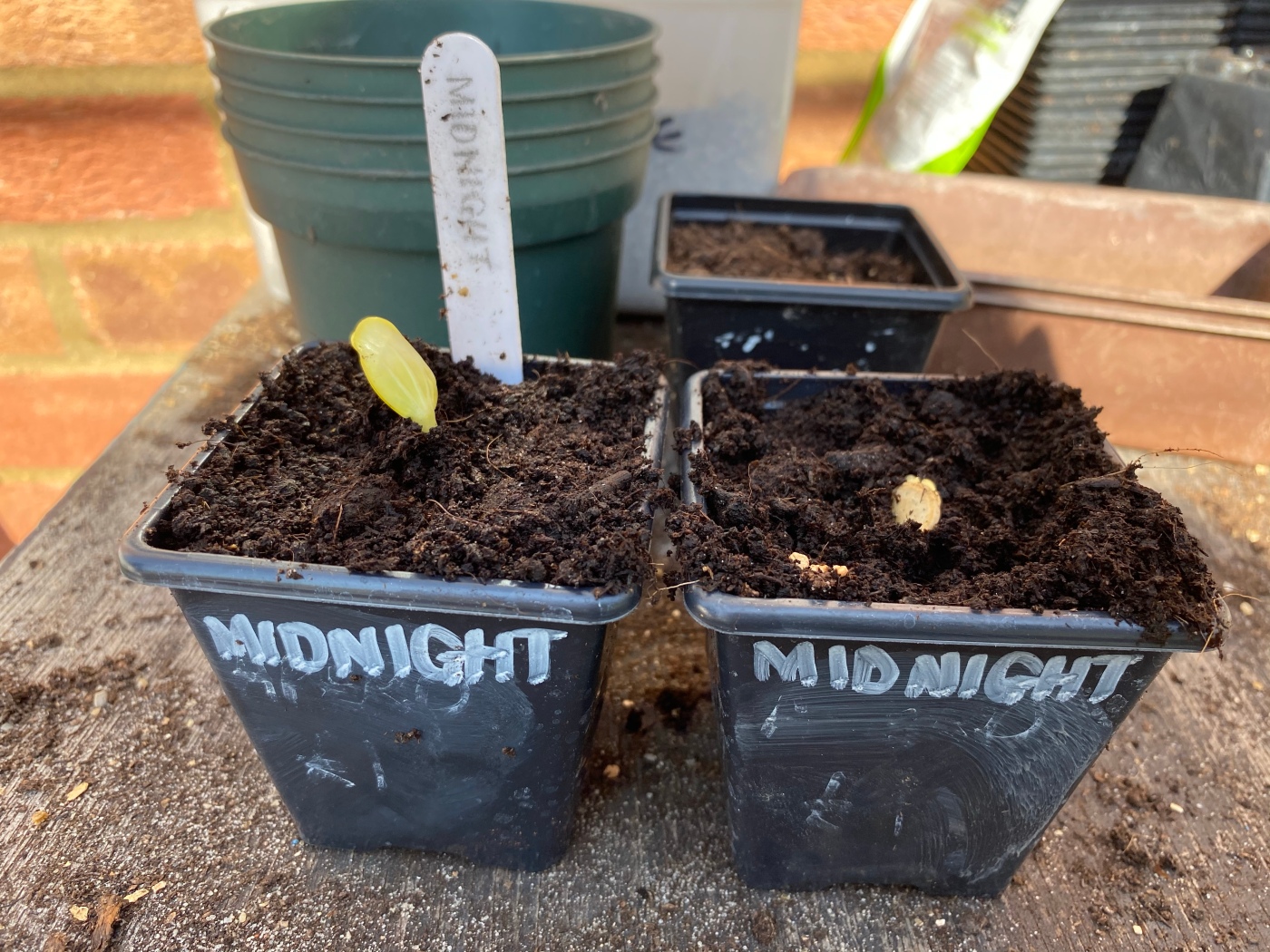 This is the two Midnight before we pricked them out. You can see that even with these, one is further ahead than the other. But we carefully pricked both out anyway, for fear of disturbing the roots around the smaller one when pricking out the larger one. 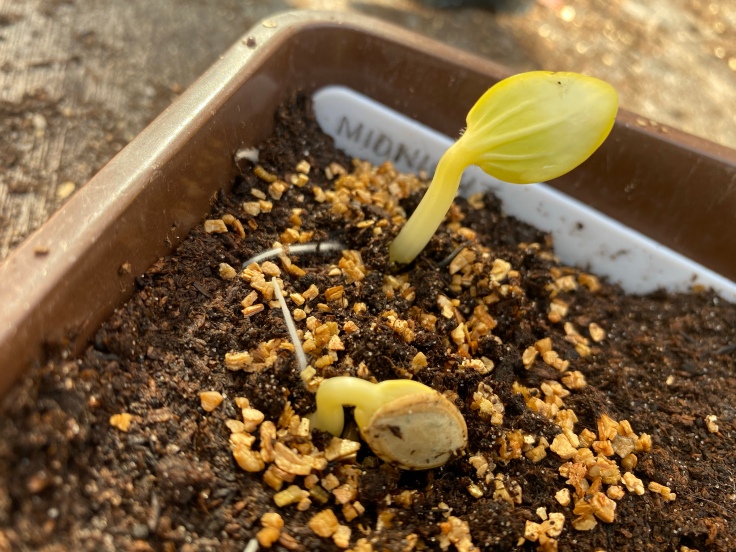 We pricked them out into 3″ square pots in multipurpose compost. Before pricking out, we made a hole in the centre of the pot with our finger. This is typically quite a large hole for seedlings like courgettes, as they put out quite a few roots, and in lots of different directions, so the idea is that the hole is large enough to fit all the roots in without having to man-handle them too much, potentially damaging them. 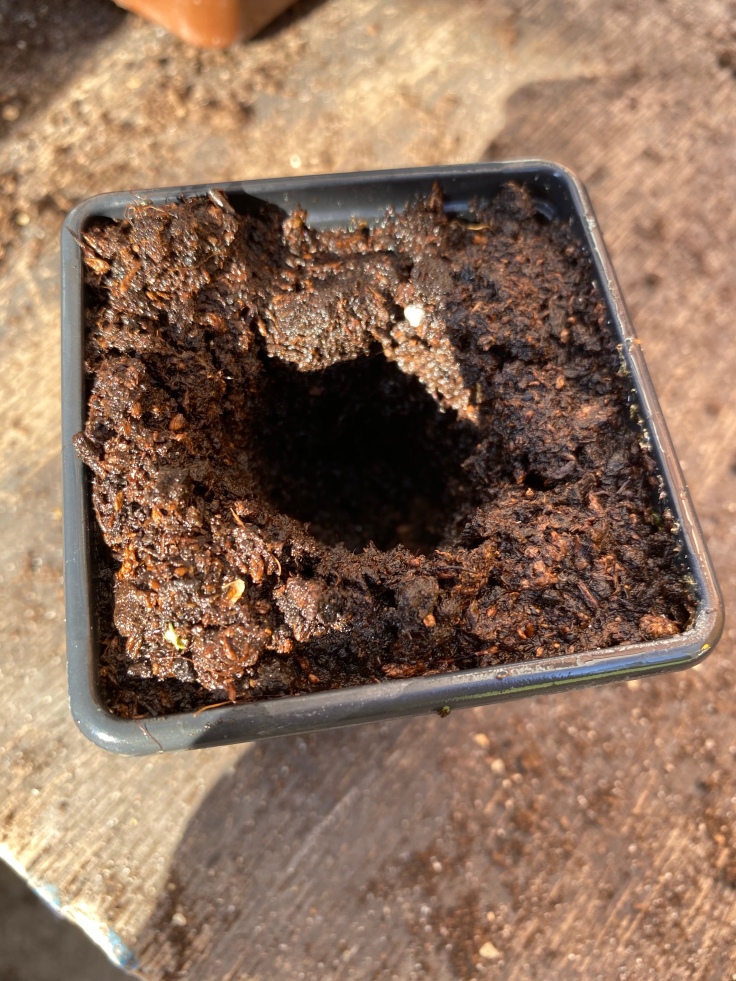 We then carefully lifted each seedling out of the compost using a dibber. When doing so, always lift the compost gently from further away than you think the roots have travelled. Again, this tries to make sure that you prick out the seedling with minimum disturbance. 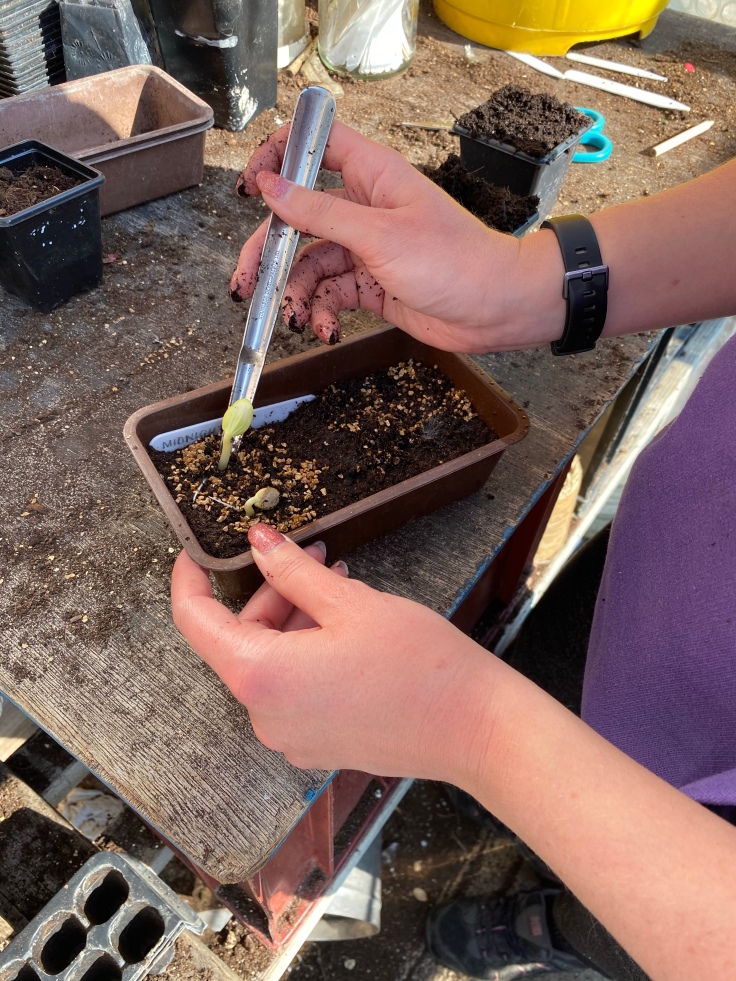 As you can see, the courgette had already made quite a few roots! When pricking out seedlings, try only to handle the seedling by its leaves, rather than its stem. Again, this is to try and cause minimum distress to the seedling. 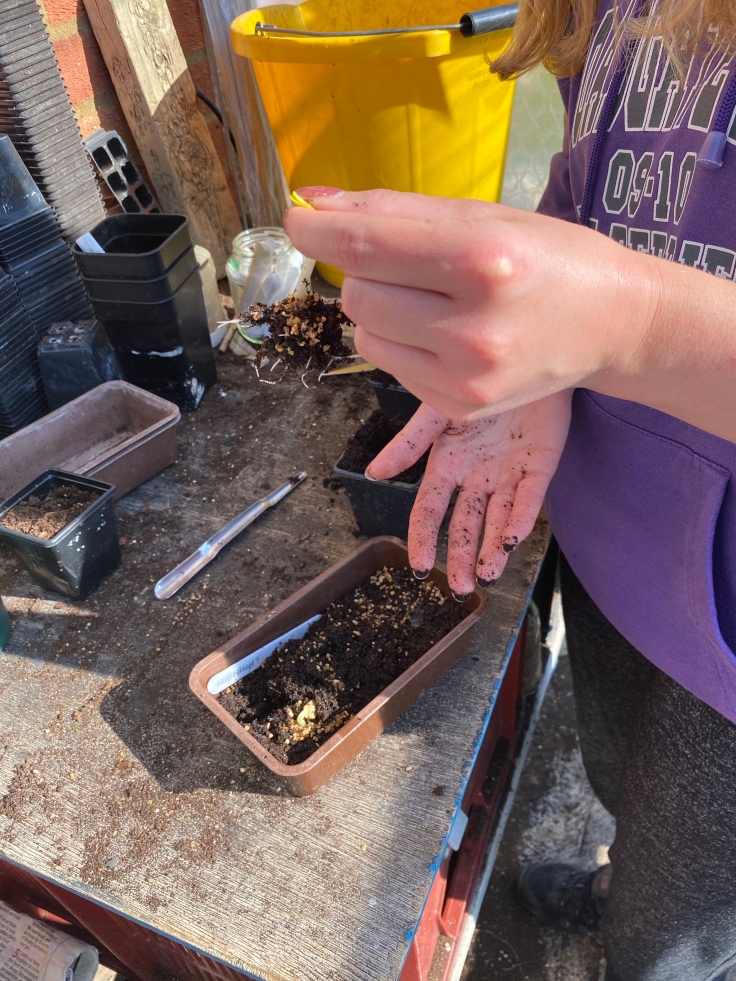 Once placed in the hole, we firmed the compost gently round the seedling to make sure that there was compost round all of its roots and no air pockets left. 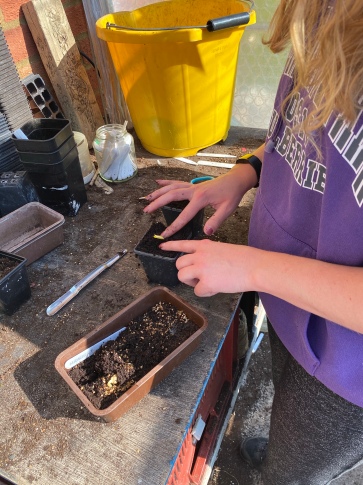 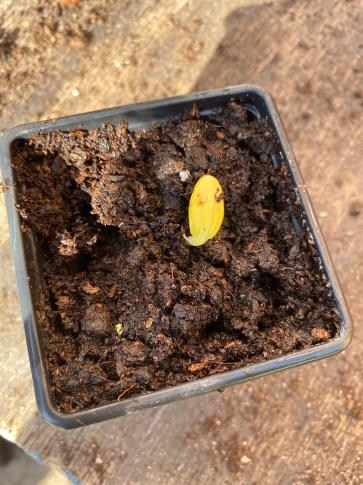 And here’s the finished product! These were put in the cold greenhouse to grow on after being given a light water. 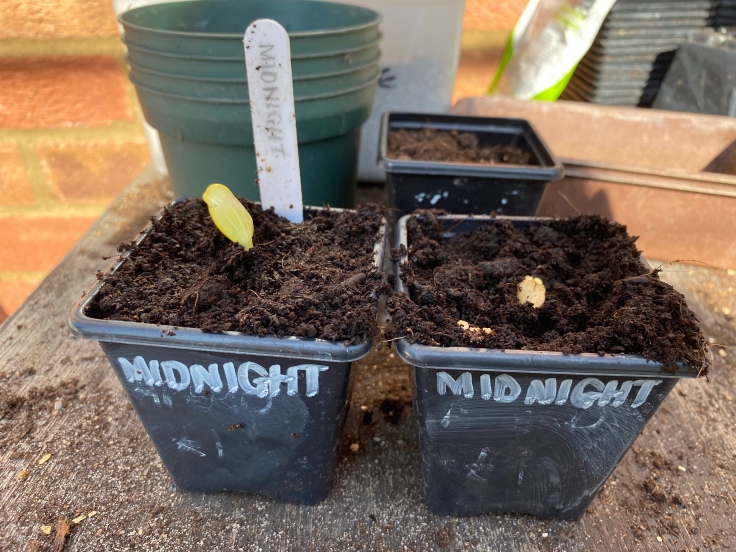