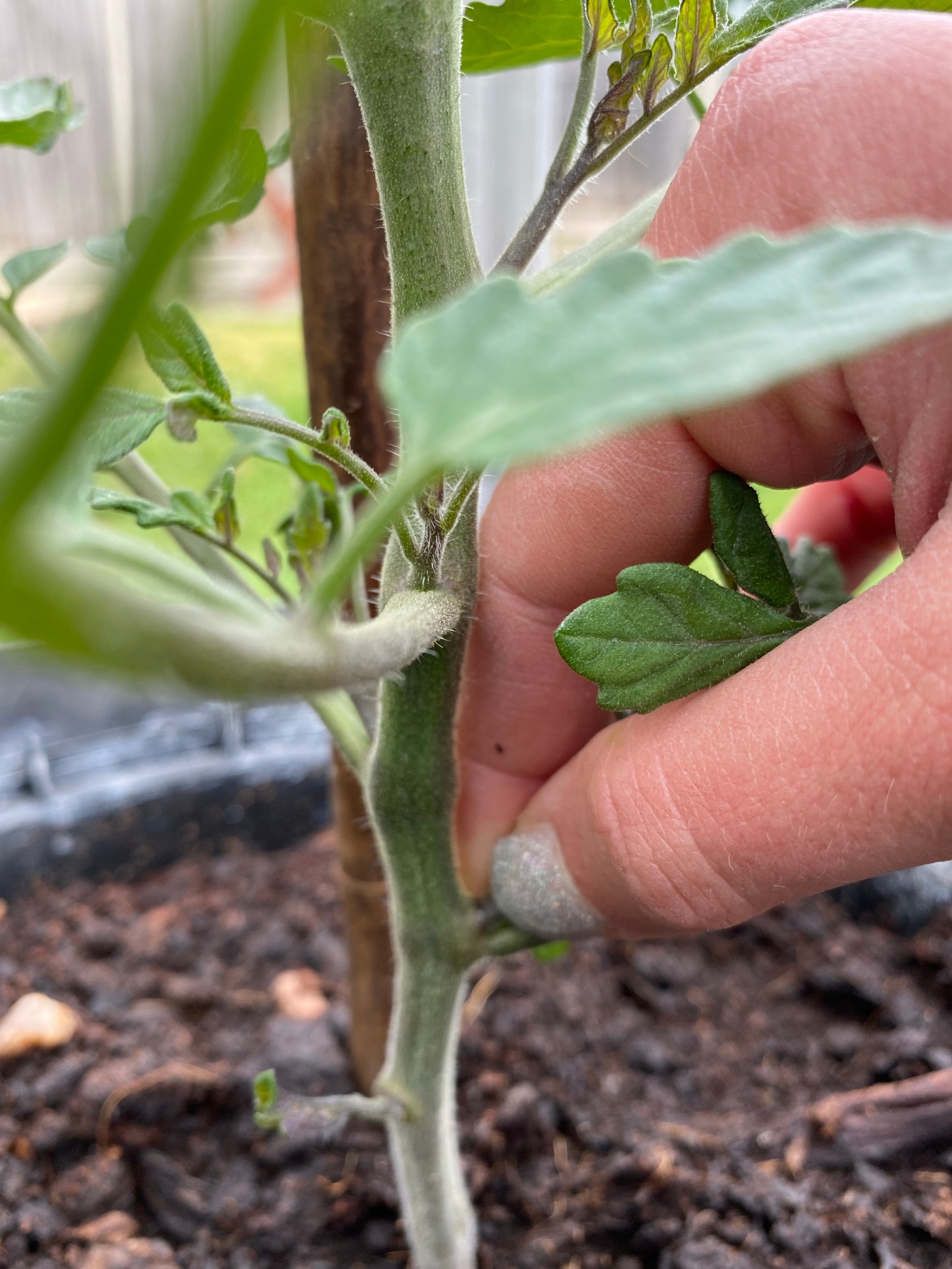 The Mimi tomatoes are the early ones that we potted up a few weeks ago and will grow on in the greenhouse. This is with the aim of getting an early crop of tomatoes. The Mimi variety is a lovely one that we’ve tried before. They should produce a plethora of yellow cherry tomatoes in early Summer.

To get the best out of our tomato plants, we pinch out the side shoots. This variety is actually supposed to be a bush variety, but we are trying to grow it as a cordon to speed up the production of tomato trusses and get some earlier tomatoes.

Side shoots are the ones that grow out between the stem and the leaf at a 45 degree angle as you can see in the first photo. You should be able to pinch off the side shoots easily between your finger and thumb. You can see the end result in the third photo along.

You have to be careful to only pinch out side shoots though, not the trusses which will produce flowers and ultimately tomatoes!

As well as pinching out side shoots, we also started tying the tomato plants up to a cane. We usually do this every 4 to 6 inches to support the plant and the trusses of tomatoes once they start forming.

When tying plants up like this, it’s important not to do this too tightly as it can restrict the plants ability to get food/water as it develops and ultimately strangles it.

Therefore, we’ve found that the best way to tie plants is per the photo below. First, tie the string tightly around the cane or support. Then loop it around the plant and tie a double knot with the loop sitting loosely around the stem to enable it to continue growing.