We thought it would be good to give you an update on our peppers, almost three months after they were sown.

So here they are:

Dad has given us up some space in his cold greenhouse to keep them, and we have been watering them since we pricked them out into these pots and watching and waiting for them to grow!

These ones are the Basket of Fire – they’re not doing too badly, although you can see that there are some plants that are further ahead than others even amongst the same variety!

These are the Trinidad Perfume. Although we guess these will be by far the hottest of the peppers and chillies that we’re growing (the plants already have that “hot” smell), they’re certainly not the fastest growers. Perhaps they don’t like how we’re treating them? But we’re novices at this, so we will have to learn from our mistakes!

By far the furthest ahead are the D’asti Giallo, although these ones here are the Redskin, which aren’t far behind. 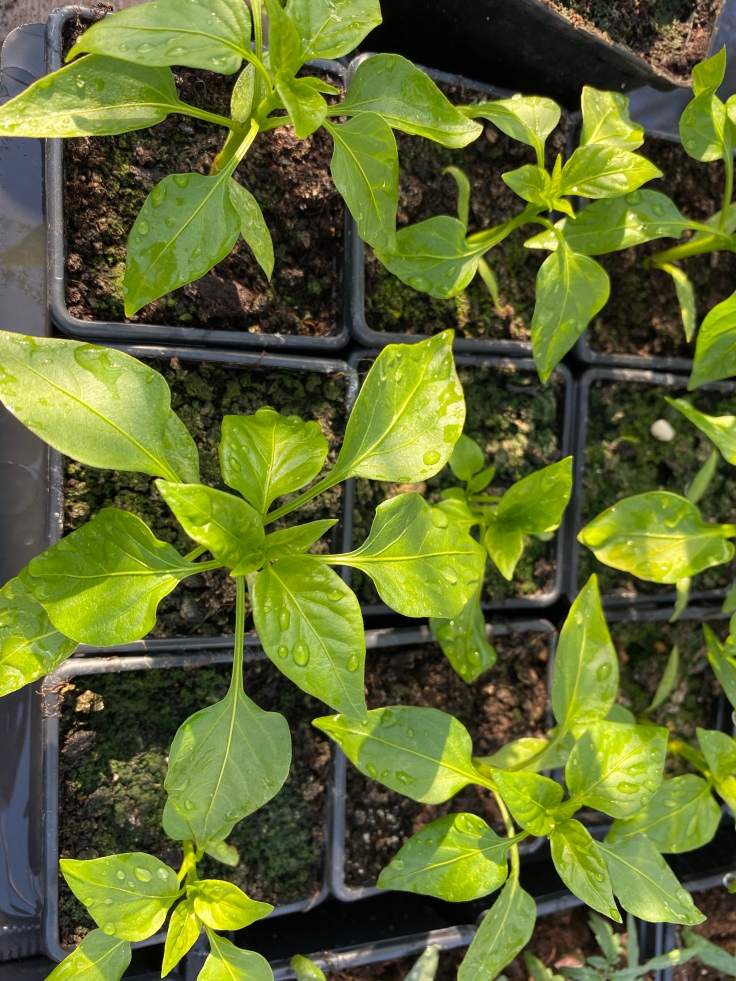 We’ll have to see whether they always stay in the same order of size once they get to maturity! It won’t be long now before these are potted on, but we’ll just keep them watered for now, and protected from the frost in the cold greenhouse.