Since we planted them out, we haven’t needed to give the sugar snap peas too much TLC at all. We’ve watered them a couple of times as it has been so dry here, but other than that we’ve been able to just sit back and watch them grow.

We noticed this week that they were starting to get a few weeds in them though, so we took the netting off that has been protecting them from the pigeons and carefully weeded round the plants.

We also found that some of the peas were enjoying grabbing on to the netting itself more than the wire mesh that we specifically put in place for them to grow up – typical! Therefore, we’ve decided to take the net off the sides (at the risk of pigeons pecking away at them!) to try and get the peas to grow up the wire, and tying them in loosely with a piece of string where removing the netting had left them standing a bit precariously. 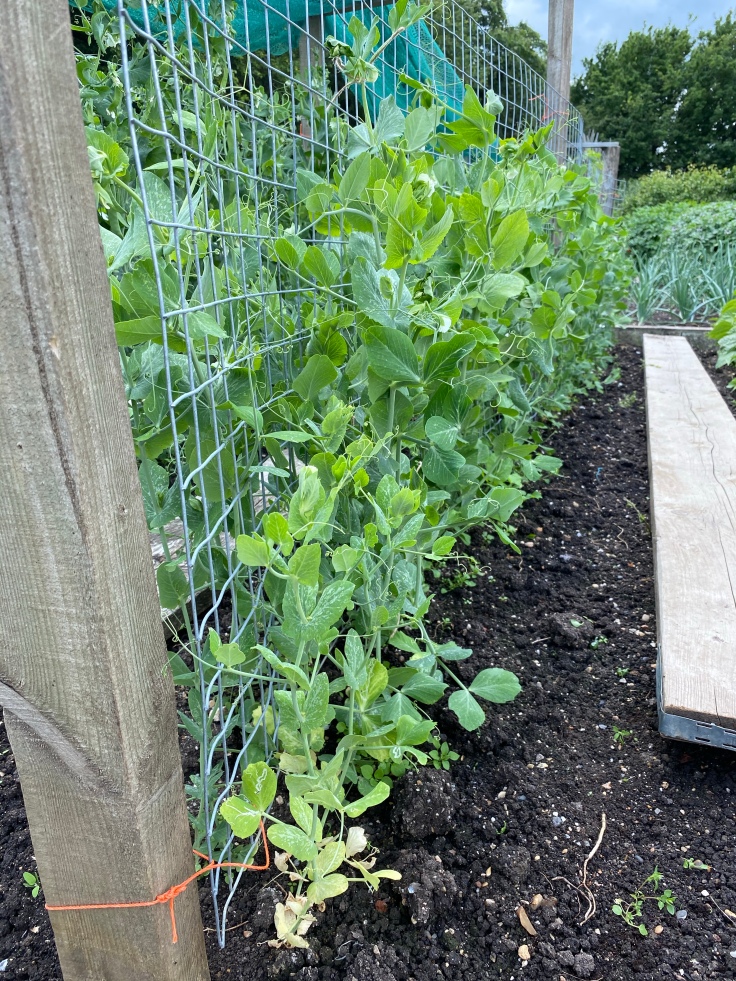 So far, there hasn’t been a pigeon attack. So fingers crossed it stays that way! We have left the net still hanging over the top of the support frame to hopefully try and put the pigeons off landing in and around the peas.

Hopefully in this photo you can see that the pea flowers are starting to form. That means it won’t be long before we have peas! 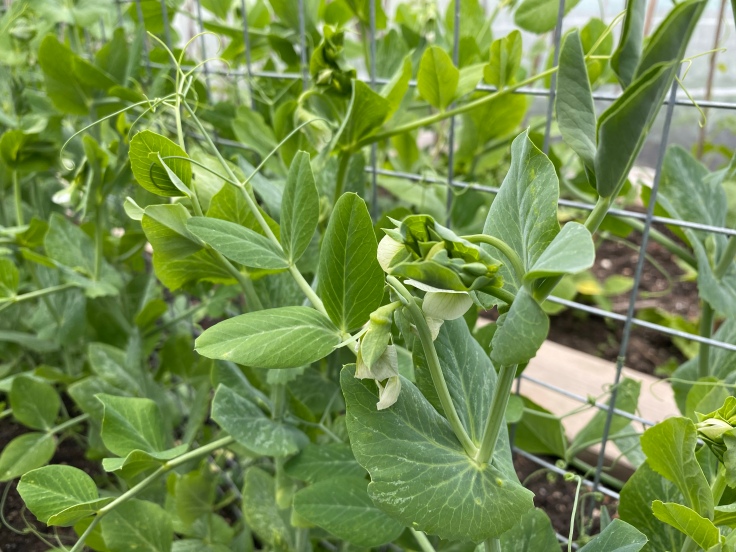 One thought on “Giving the peas some TLC”