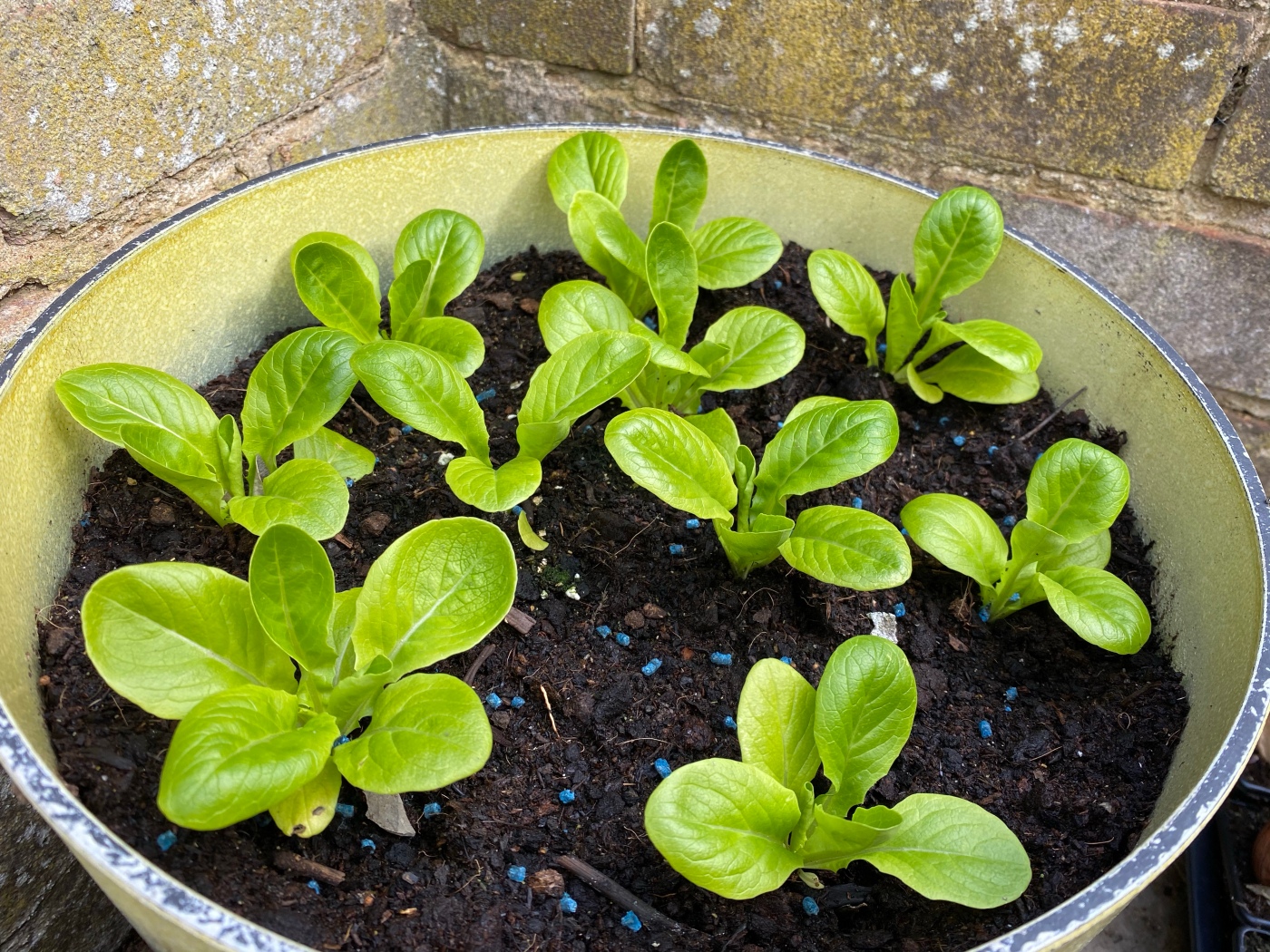 First up, we have an update on the Midnight courgettes. These are currently growing on in Dad’s polytunnel, as we don’t have anywhere to keep them just now. The greenhouse still needs to be assembled, but hopefully it won’t be too long!

It doesn’t take them long though. Last week they were just starting to form their first true leaf. Now it’s forming its third! The countdown to eating courgettes is officially on (albeit still a little way away!)

Next up with have the Hative de Niort shallots. These have been moved to the back garden since we tidied up the patio, but they seem to like their new spot just as much.

Lastly, we’ve got an update on the Little Gem lettuces. Unfortunately the weather hasn’t been too kind to them since we planted them out. They’ve had hail, heavy rain and quite a lot of cold weather! There was even a bit of frost on a couple of mornings. However, they’ve still managed to make some progress, so we’re happy!