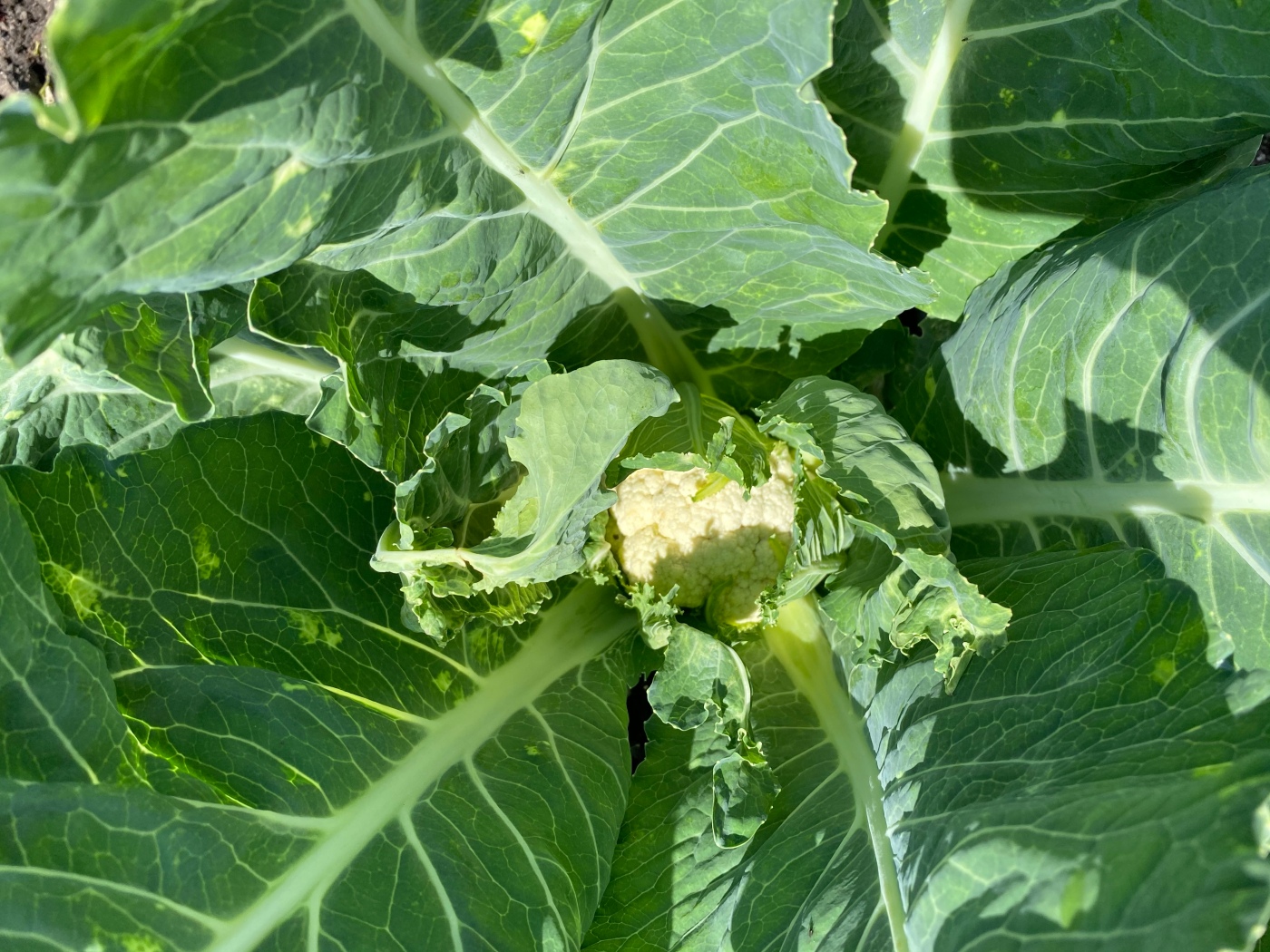 As we mentioned in our last blog post on the brassicas, we weeded them today. 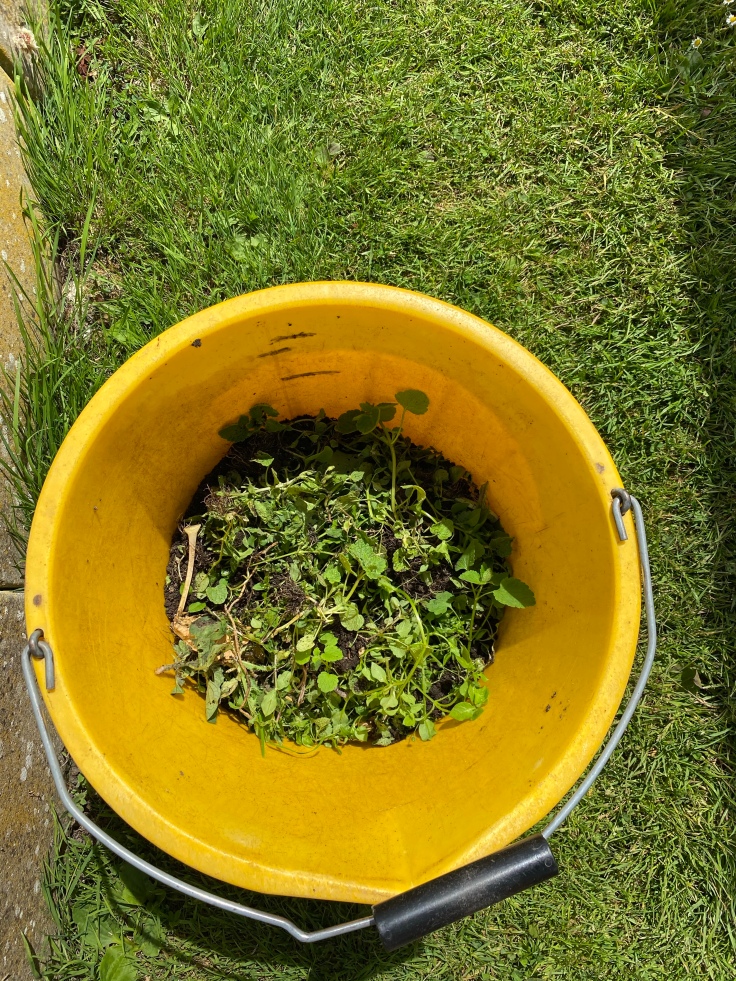 They weren’t too bad in the end, but given another couple of weeks the weeds would’ve grown out of control and the cauliflowers would be too big to get in between so they would’ve had to stay like that, with the weeds stealing their food and water!

After this, we gave them a feed of chicken manure pellets, a general fertiliser which will hopefully give them the food they need to get to the stage of harvest. We threw a generous handful under each plant. 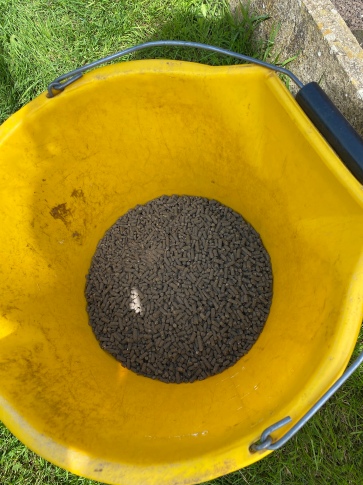 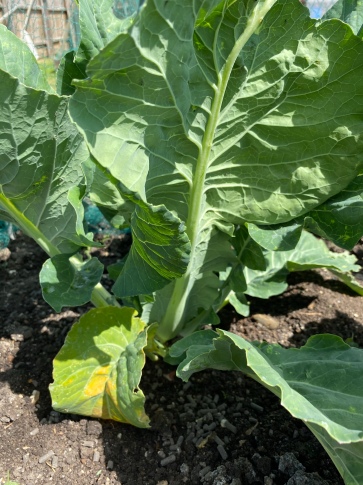 If you remember, these are the plants that got attacked by aphids unfortunately. They’ve also seen hardly any rain for their whole lives, so have been reliant on us watering them (which is never quite the same, however hard you try!) Therefore, it seems like a couple of the cauliflowers have started to produce heads already, and so have the Marathon broccoli. They can do this sometimes where the plant feels under stress. And based on the cards they’ve been dealt so far, we’re not surprised. Disappointingly, based on the size of the plant, it’s unlikely that these will produce the biggest and best heads we’ve ever grown, but they’re early season homegrown fresh vegetables all the same, so we shouldn’t complain! Fingers crossed the other plants carry on growing a little bit more before they form a head. 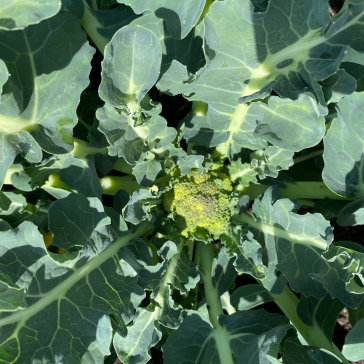 For the cauliflowers with heads forming, we tied the leaves up over the curd with a piece of garden twine. The idea of this is to keep the light away from the curd so that it grows a lovely white colour. Without our interference, the cauliflower would still produce the cauliflower head, but it would be more yellow in colour. 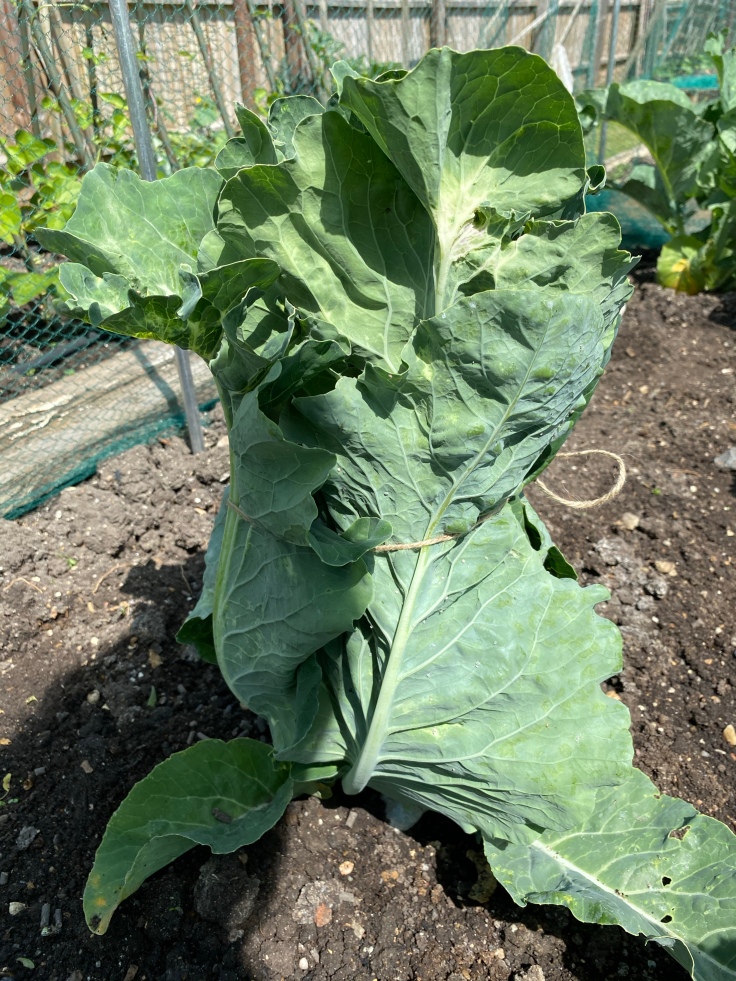 These will remain under netting to prevent the pigeons pecking them, but fingers crossed for a harvest soon enough! 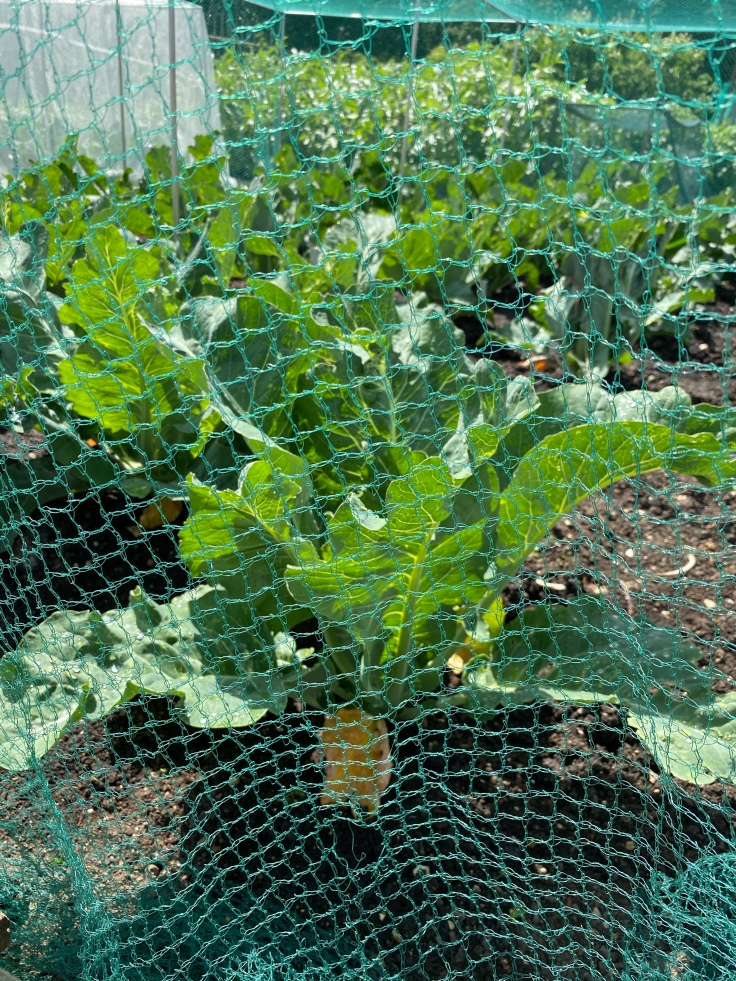