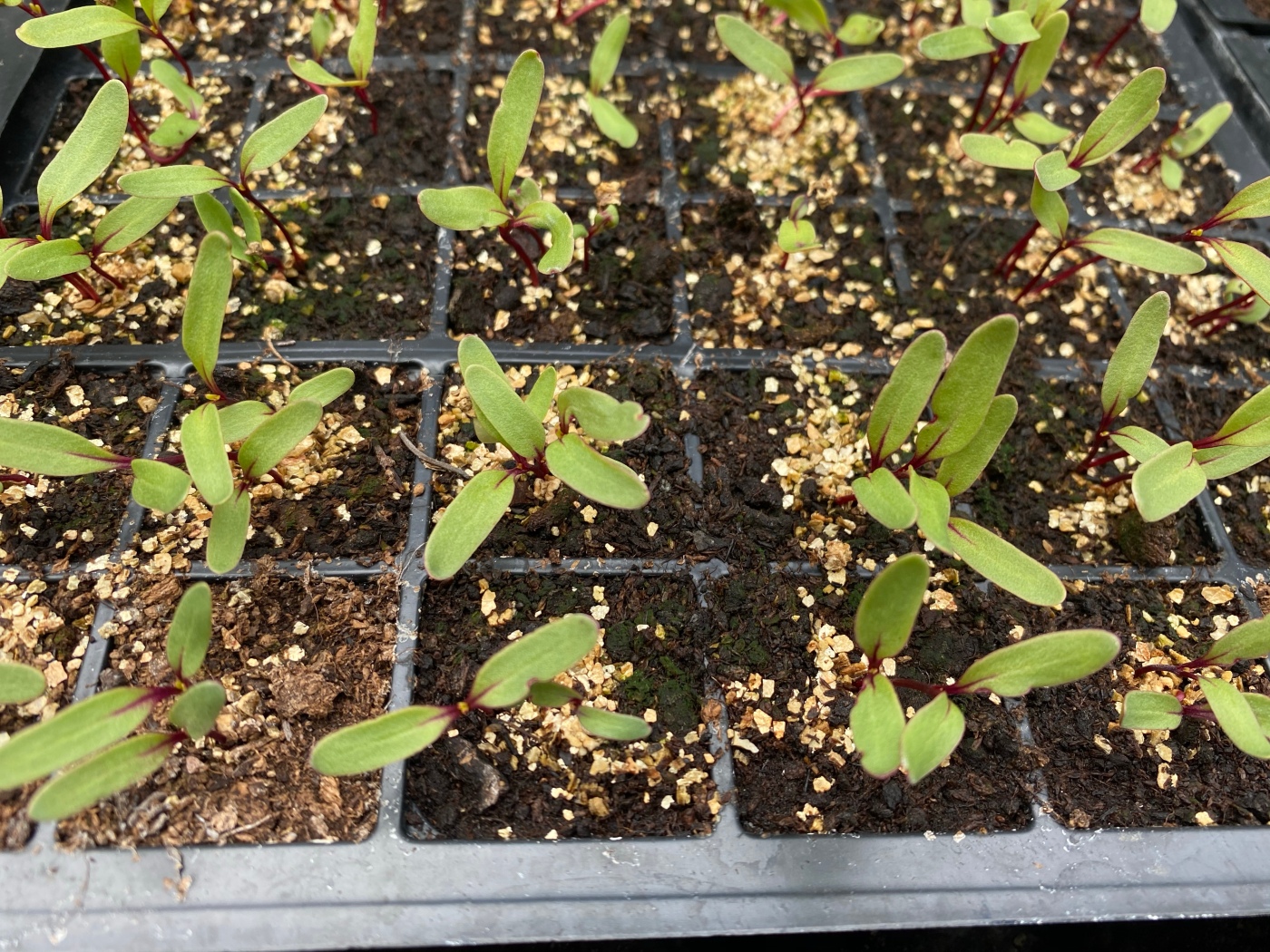 As well as our container courgettes, we thought we would start off some salad crops indoors.

For now, we’ve sown some Little Gem and Iceberg lettuces and some Boston beetroot.

The lettuces were initially sown in quarter seed trays, like most of our seeds, and then pricked out into these small cell trays (about 1 inch diameter). 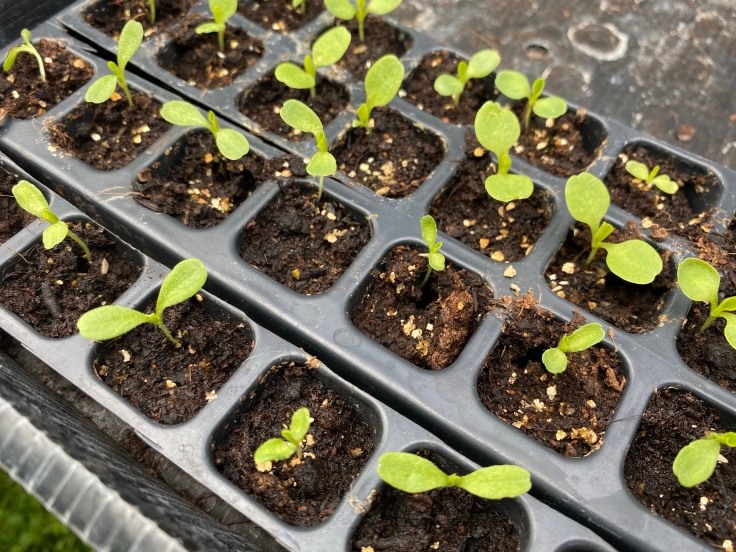 The beetroot on the other hand were sown directly into these cell trays, as root crops do not tend to have their roots disturbed once growing. We have started them off in cell trays for a number of years now, as we find it gives a higher success rate. You can sow them direct in drills in the soil, but we find too many factors are against you – birds, mice, rain – anything and everything! Which can sometimes mean you sowed 300 seeds in the row, and you’ve got a scattering of beetroot, randomly spaced along the row.

If you sow them in cell trays first and then plant out, they are already partly established before they are planted out, and they have a better chance of growing on to maturity.

You may have noticed that most (if not all) of the cells have more than one beetroot seedling in them. This is because beetroot seed typically comes as clusters of seeds (multigerm), rather than a single seed (monogerm). You can buy monogerm varieties, but we find the multigerm ones work just as well. You just have to make sure to thin them out once they get a little bit bigger to make sure the beetroot come up to size and are not totally misshapen!

As well as the lettuce and beetroot, we’re hoping to grow some spring onions, carrots and radish. More on these to come in future posts!