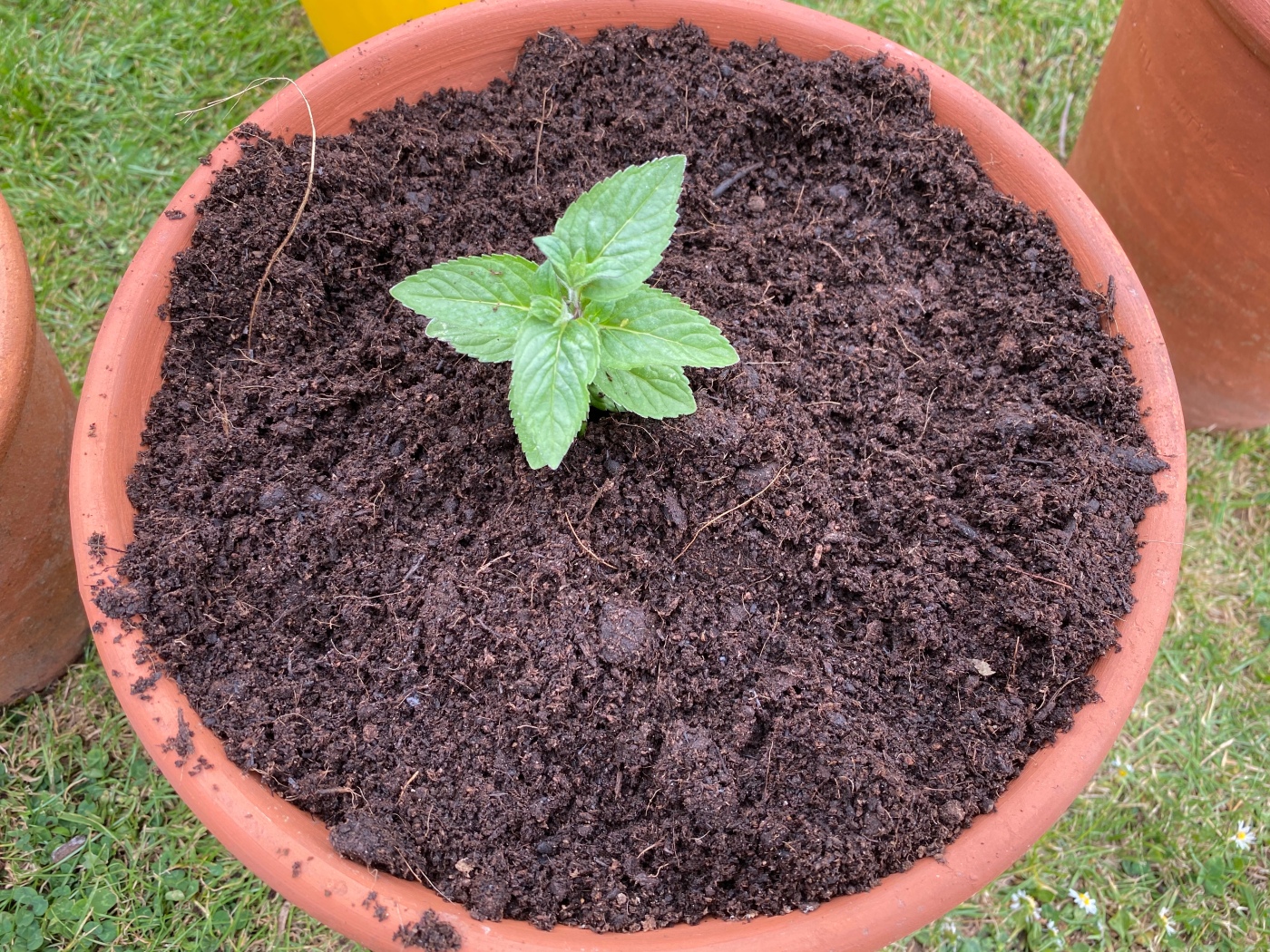 The mint cuttings we took a few weeks ago have now rooted (we’ve had less success on that front with the apple mint, but we’ll come on to that) and are starting to grow on.

This photo is one of the peppermint cuttings, which is rooted and we pinched the top out of a week or so ago. As you can see, that encourages the plant to become more of a bush, as it sends little side shoots out of its base and sides. 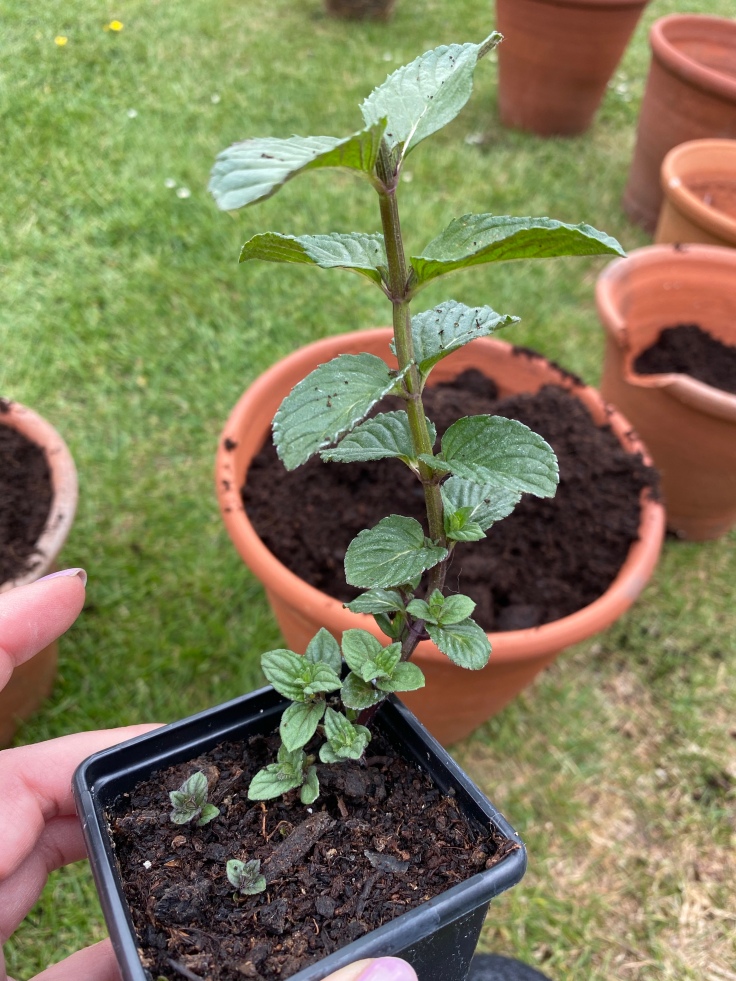 Each of our cuttings was planted out into their terracotta pots and they’ll join the rest of the herbs in the herb garden. It won’t be long before they are a nice little bush of mint again. 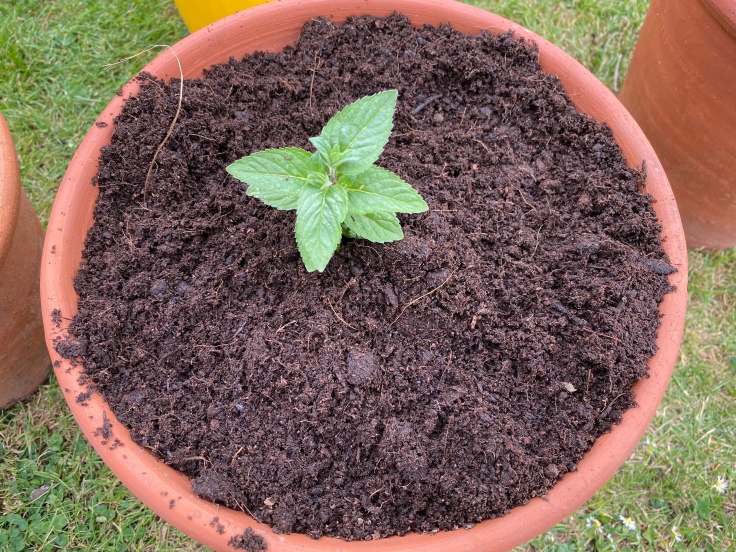 The apple mint is a bit of a different story. One has rooted nicely, so we planted that out. The other two don’t seem to be moving very fast though. They haven’t keeled over, so they must be taking up water in some way, but they don’t seem to be producing much in the way of new growth on top!

Therefore, we took a couple more cuttings today. Fingers crossed these ones will be more successful! 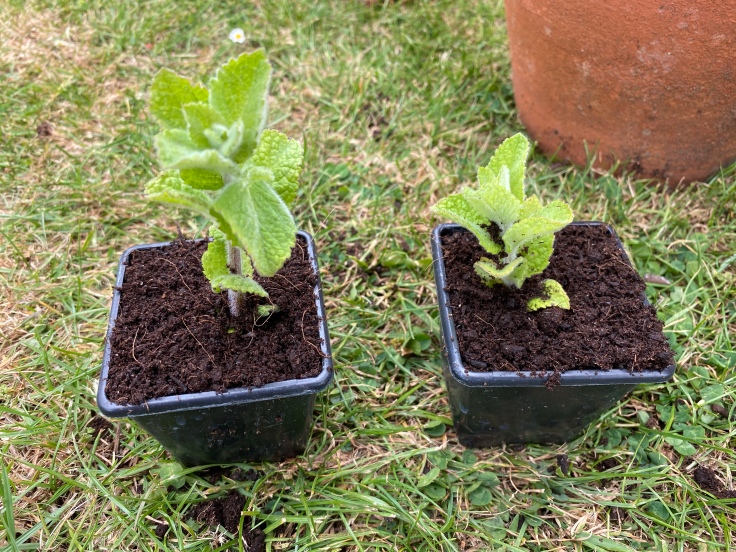