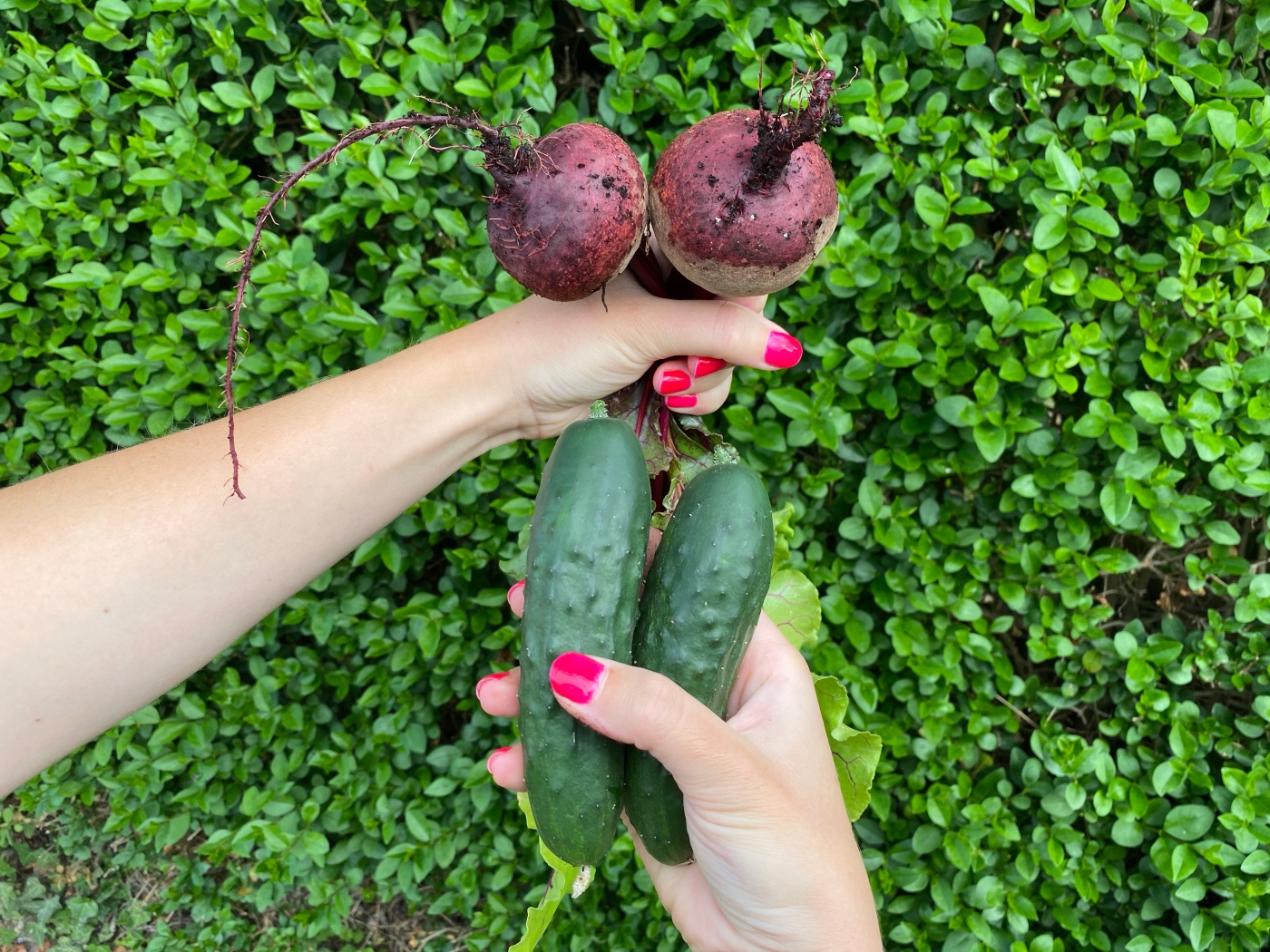 If you remember, we have a few varieties of cucumbers that we are trying outside. Marketmore, Diva, and Tasty King.

The Marketmore are the most advanced, and have now reached the top of their canes and are starting to make their own way up the wire netting.

As we said before, we usually take the tendrils off our cucumbers to allow the plant to use all its energy producing cucumbers. However, we’re going to leave these ones “au naturale”, letting them climb up the wire netting in their own way, supported by their own tendrils rather than tying them up with string – we’ll let you know how that goes!

They have also started producing cucumbers! Like with most plants as they first start producing fruits, they sometimes need a bit of help to keep the fruits under control whilst the plant is still getting established. Therefore, don’t be too disheartened if your first few fruits are smaller than you would like or odd shapes! It’s usually best to take the first few fruits off prematurely to give the plant more of a chance to grow, and ultimately produce more fruits later down the line.

As you can see, these plants had got a little overexcited in the cucumber production department – two on one, and three on another! So we cut the largest of these to give the plant a bit of a break.

You’ll soon know if your cucumber is struggling to keep all its fruits (although we recommend not letting it get to this stage!) as the small fruits that are just forming will start to shrivel and turn yellow rather than bulk up. It’s always a shame to see this happen, and the best way to prevent it is to take off the larger cucumbers as you think the plant may start to be getting overloaded, even if they’re not quite as big as you’d like, otherwise you run the risk of the larger cucumber getting massive, but then the next few that are due to grow dying off and leaving you with no cucumber at all.

And here I am, sporting our first harvest of Marketmore as well as a couple of beetroot that we’d been growing in a container. Needless to say they were both delicious in salad!

The Diva and Tasty King cucumbers are also getting going now, and it shouldn’t be long before they’re producing cucumbers either – as you can see! 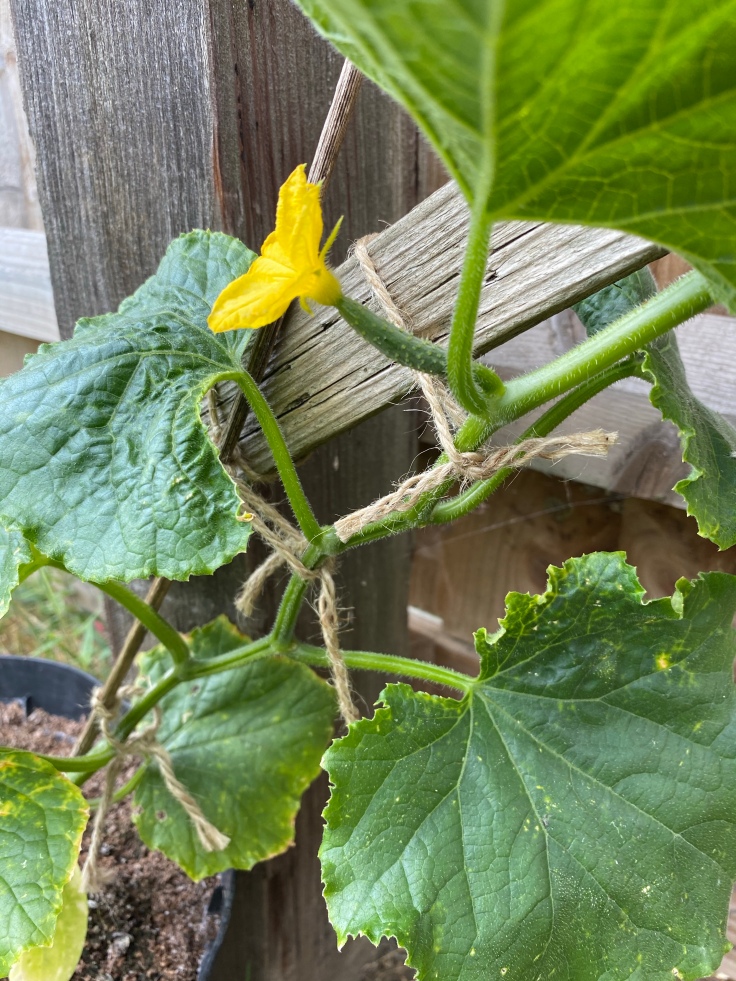 All that was needed this weekend was a couple more pieces of string to keep the cucumber on the straight and narrow up its batten, and prevent it being knocked about in the wind. 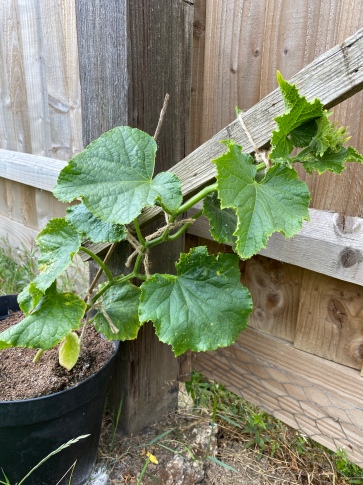 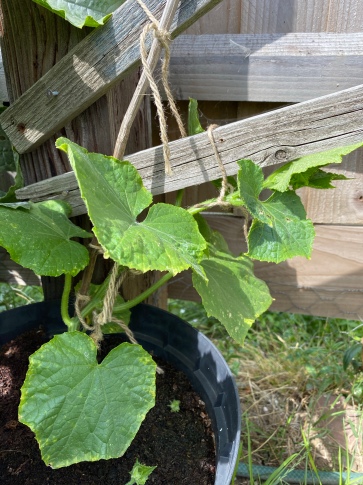 Other than that, it’s a little water as and when they look like they need it.