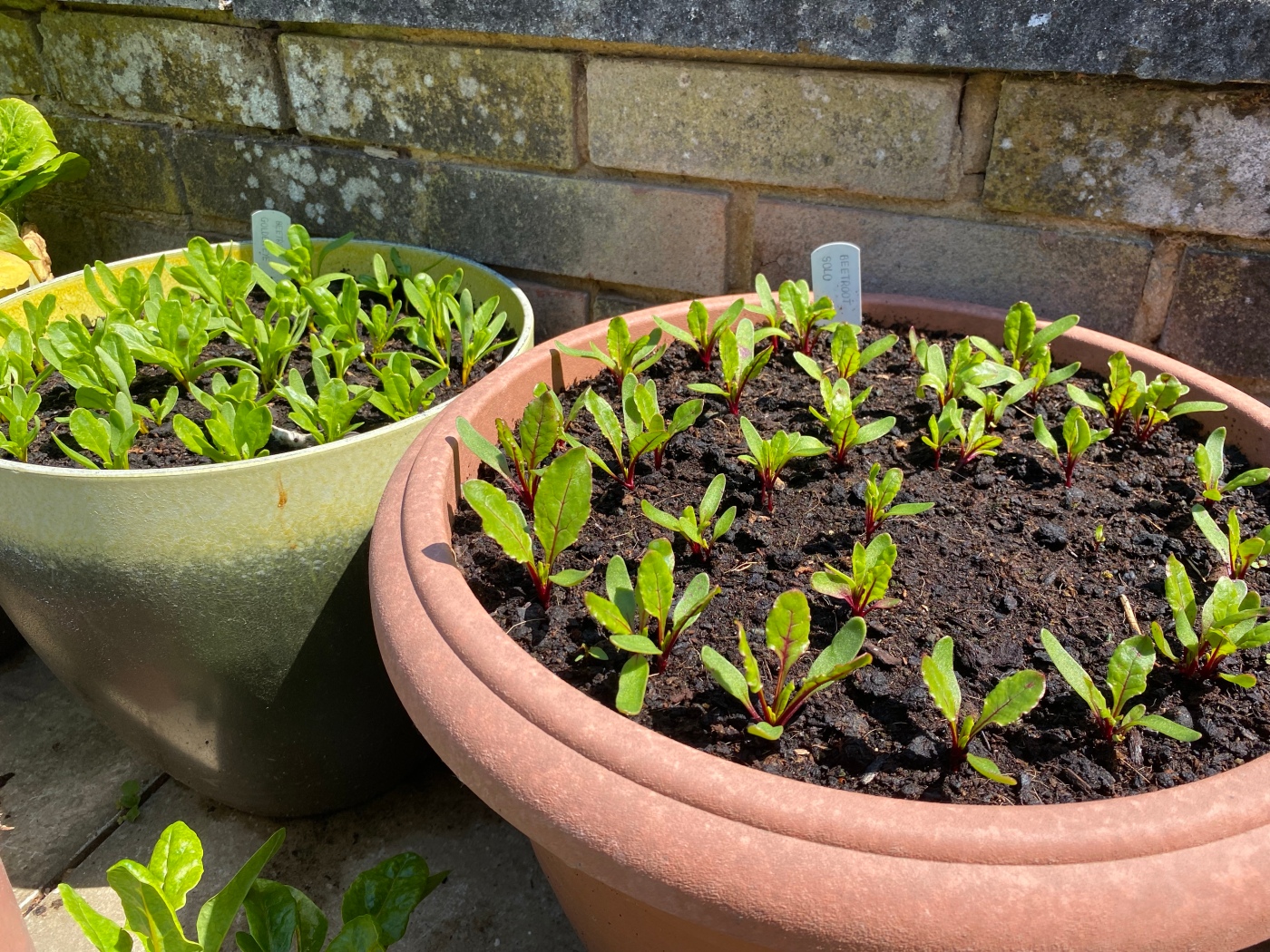 Our onions are starting to bulb up now. Fingers crossed they carry on bulbing up to a good size before they stop growing. However, it probably won’t be that long before they stop throwing up new leaves at which point they won’t swell any more. On that basis, we are giving them a little bit of nitrogen liquid feed every few days to encourage them to bulb up a bit faster.

Our other container crops are also growing along well, and are particularly enjoying the warmer weather. It’s really important to make sure you check on the plants regularly on hot, sunny days though as the compost in the pots can dry out very quickly. As we learnt with the turnips the other day, which completely flopped down by the end of the day! 😦

Hopefully it won’t be long before we get some beetroot, radishes, salad leaves, turnips, carrots and beet leaves.

Our first planting of container courgettes are also almost there! They’re not growing at their quickest pace just yet, but it shouldn’t be too long until they’re in full swing. In the meantime, we’re letting the courgettes grow to a relatively decent size and then taking them off the plant to allow it to develop further and in turn become more capable of growing full sized courgettes!

As seems to happen every year, we had an abundance of female flowers for a start again this year, and no male flowers. Unfortunately this means that the courgettes (which are attached to female flowers) won’t get pollinated and so won’t get to full size. Therefore, the very early courgettes were just cut off carefully to prevent the plant ploughing any more energy into a fruit that wasn’t going to fully form.

We then have an update on our Asian vegetables we’re trying this year, pak choi and chop suey greens. We thought we were going to have to pot the pak choi up further, but they seem to be doing alright in their 3″ pots at the moment and are starting to form heads. We’ll keep an eye on them to see if they need to be potted up over the next couple of weeks of whether we think they’ll grow to maturity in their current pots.

The chop suey greens probably are going to need to be potted up though. In fact, we’re not sure whether we’ve left them a bit long in their current cell trays as they look like they might be going to seed. We’ll see what they’re saying over the weekend and make a decision on potting up.